My Journey to Success with: David Kau

South Africa’s renowned comedian, David Kau shares how he started his career as well as his upcoming show ‘It’s OK We Are Family’

What, in your childhood, sparked your interest in the comedy field?

I had no clue as a child that I would end up doing anything in comedy or entertainment. Even when I was in Matric I still didn’t know. I did a bridging course for engineering after my Matric studying math and science for a year, then I decided to study acting at UCT from 1996. Even then I had no plans or a clue I would be a comedian or do anything in comedy in particular.

Journey us into how you broke into the entertainment industry and how your career has been since The Pure Monate Show?

I studied drama at UCT so that prepared and paved the way because once you study drama then your first and almost only option is Entertainment.

Kagiso Lediga and I came up with The Pure Monate Show (PMS) in 1997, during our second year at UCT. It took another six to seven years to get it on television. By the time we did PMS I had been on The Phat Joe Show for over two years so people already knew me as a stand-up comedian. PMS got us a lot of fans. By then we had found almost ten other black comedians or at least gave many other black comedians a chance to be known. It’s been great; I’ve tried to be as normal as possible. I don’t think I’ve ever been as famous as most actors and musicians in this country so I’ve had an almost normal life; just a bit well known.

What have been some of the highlights and challenges you experienced in your career?

Highlights have been the Blacks Only Comedy show and So You Think You’re Funny. Blacks Only comedy has now been running for over 13 years and a lot of black comedians came from there. The challenges,  I guess is that it’s been hard to find a sponsor for the probably because most brand and marketing managers or decision makers are white and probably just don’t get it. Other challenges are that PMS and SYTYF ended, so there really is no platform for new comedians except if I take it on my own personal resources to help new comedians especially black comedians.

If you could, what would you change about the industry you are in and is the industry lucrative enough for one to build a long-term career in it?

Stand-up comedy is probably the biggest and fastest growing industry in SA entertainment. If you’re funny and original and have a good management team around you – it can be very lucrative and long term. The more famous you become the more money you can make. Remain humble because there’s no costume and makeup because the audience can eventually tell if you’re a good person or just stuck up.

Who is your biggest role model and why; and what is the best career advice you had ever received?

I’ve been lucky to meet a lot of people over time; some people I’ve never met but they became my role models. Sello Maake Ka-Ncube when I was in drama school, Lucas Radebe who I got to meet and became friends with. There were no black stand-up comedians in SA to look up to. I got to meet and work with a lot of international comedians, most of whom I still look up to today.

Best advice was probably from my first manager when I started out. He said ‘Be funny and don’t die!’

What is your favourite project that you were part of?

19 years is a long time and I’ve almost only done what I wanted to do where I was in charge or could make final decisions. I guess it’s the project I just worked on and wrote now called It’s Ok Were Family‘. The team we worked with from the writers to the producers, and Mark Banks and Natasha Thahane who plays my father and sister, the guests that come on the show – it is like when the stars align, everything just falls into place.

How have you built a successful career for the 19 years you have been in the industry?

There’s no manual or a ‘How to…’ answer. I’ve worked hard, I keep working hard and challenge myself, I get involved, I’m constantly trying to improve and compete with myself. I stay current and get involved in SA wherever I can participate and help improve people’s lives. Most importantly I treat my talent as a business, as a brand and I’ve learned how to run different businesses using my talent so that it runs like any other businesses. I respect my customers (audience). I don’t see myself as a celebrity because that can come and go very quickly. Brands and Businesses last, celebrities don’t! The people who create these last even longer.

My wife and kids keep me going; they’re the best thing that’s ever happened to me after having the ability to make people laugh. I feel blessed beyond my imagination for my family and where I come from. Other things that keep me busy is I trying to advise other comedians or find new talent. I own a film and television production company – Disadvantaged Background Productions, and I read a lot!!!!

How do you balance your career and your family?

I work when I want, I travel a lot so I try and take my kids and wife with me to work when the kids schedule allows.

Three Things To Tell Yourself Every Day 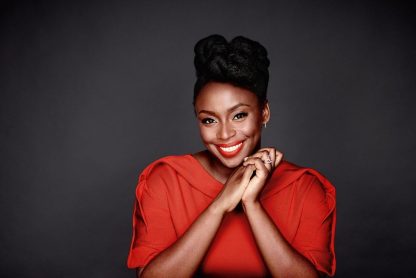 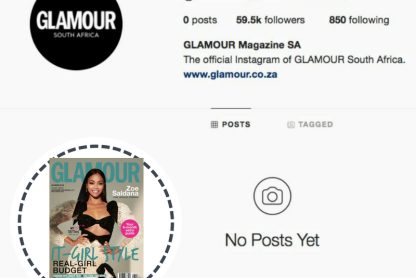 Wait, Why? GLAMOUR Has Just Deleted All of Its Instagram Photos 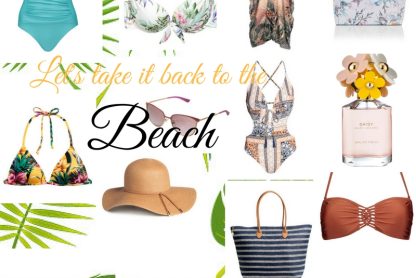 Let’s Take It Back To The Beach 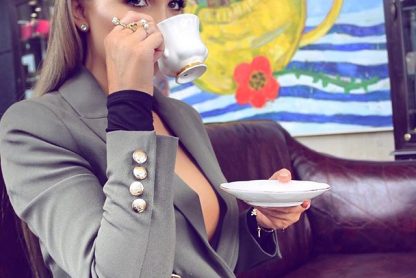