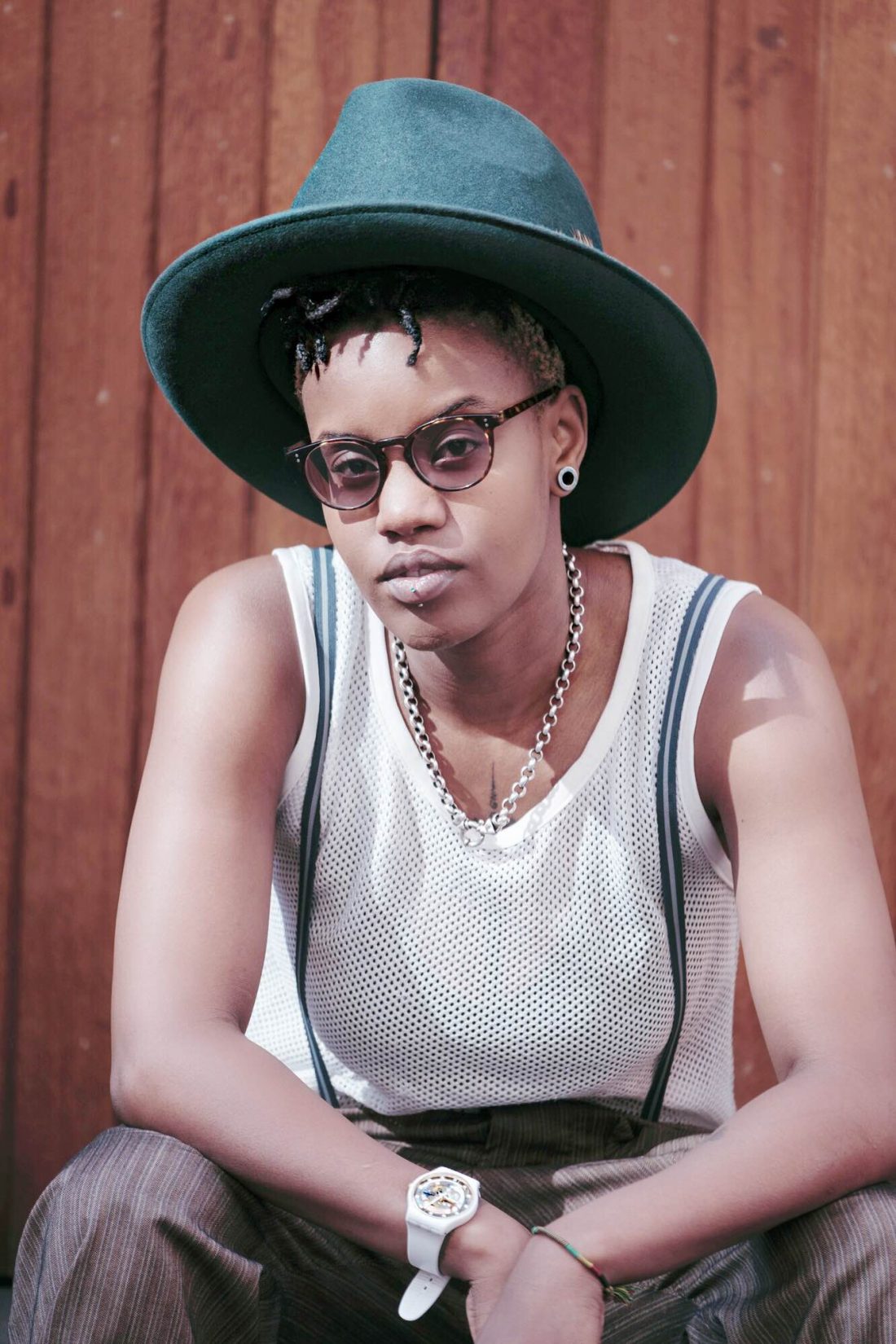 What, in your childhood, sparked your passion for the entertainment industry?

From when I was nine I started playing classical piano and that was when I started composing music. I went on to study jazz piano at Howard College in Durban, and it snowballed from there. I always knew I wanted to create music.

Describe how you broke into the entertainment industry, what are some of the challenges and earliest achievements you experienced?

Music has always been a part of my life and I knew I wanted a career in it. I started performing and one day this local producer, Markus Els, heard me singing at the Winston Club in Durban and invited me to record a few songs in the studio. That became my demo. I then went on to sign a record deal, but felt I was better able to express myself and create my own music as an independent artist. The rest, as they say, is history. I’m now based in London and working on releasing my new album.

My earliest achievements include releasing a Gold selling Album (Due Drop), and also being awarded Newcomer of the Year, Best Pop Album and Best produced Album in the 2013 South African Music Awards. I’m also really proud that I was nominated as Best International Act at the BET Awards in that same year.

I think my biggest challenge has been creating the type of music I’ve always wanted to create. Early on in my career, I was labeled a Pop Artist, but I felt I was more than that. My sound is a mix of Jazz, Electro and Hip Hop. I call it JEHP. I have been telling the world about it but no one could quite envision it because there are so many genres mixed together. People like labels and boxes, but my genre is a fusion of my favorite types of music. I am glad now, after speaking about it for so long, I can finally present it.

Why did you choose the stage name Toya Delazy?

My real name is Latoya Buthelezi, but that’s a pretty long name. I wanted to shorten it a bit so I played around and got Toya Delazy.

Are there moments where you feel like giving up and what keeps you going as an artist?

There have been times where I wondered if I made the right decision but giving up has never been an option, I couldn’t be anyone else than who I am.

What have you been up to since your Africa tour last year?

I’ve been focusing on creating my new album. Artists are afraid of the silence and think they need to release music constantly even when they have nothing to say. This leads to sharing meaningless music. That’s why I took my time to write my album, even when people were questioning my career, I had to keep strong and focus on the bigger plan. Being an African artist in a global arena is more than an album, this is an entire chapter.

What inspires the music you make, especially your new songs no follow and diamonds in the rough?

No follow is about following your intuition and allowing the desires of your soul to have chief control over the course of your life. When you move with your soul, you embrace your destiny. I took a leap of faith and left my home in Cape Town in June 2015. I left my family, friends and fans to begin all over again in London. My soul wanted this and if I didn’t do it I wouldn’t be as fulfilled as I am today. So, with that in mind, liv it up! No follow! Don’t let other people project their fears and restrictions on you.

Diamonds In The Rough is about us young people living in the city. We leave our homes in search of a better life. We’re talented and we bond with each other. Our sole dream is to make it, but somehow society doesn’t make it easy for us to be ourselves and still succeed. Therefore we are diamonds in the rough. It’s to encourage us not to let go, and to never give up.

What is your personal all-time favourite song and why?

Use somebody – Kings of Leon it has always been one of my favourite covers to perform.  The words resonated with me ever since leaving the countryside for the city, especially since I come from a super conservative Christian background. These words hit home, “I’ve been roaming around always looking down on all I see, painted faces fill the spaces I can’t reach, you know that  I could use somebody.”

What misconceptions do you think people have about the music industry and why?

That artists cannot take a break and we have to constantly be in people’s faces even when we have nothing to say. Everything in life has its season, a time to reap and a time to sow, so do we as true artists. So, if you do not hear from me don’t think that I am FINISHED, I’m just hibernating until I have something worth telling.

What is the biggest lesson you have learned in your life and career so far?

I’ve got some great things planned. Along with the release of my two new singles, I’ve also just finished off some amazing music videos to go along with them. But most importantly, I’m focused on releasing my new album today. You can expect some great music and some awesome gigs coming up!

What is your advice to young people who want to make a success of themselves, especially in the music industry?

Once again, be patient it’s not a race and also, follow your own intuition. Stop looking at other people’s lanes and trying to measure up to them. If you cultivate and believe in your art you will succeed. Be prepared to work harder than you ever had to especially if you go independent, and when you feel like giving up remember that if it was easy then everyone would be doing it.

Be sure to grab your copy of Toya’s latest album, today. 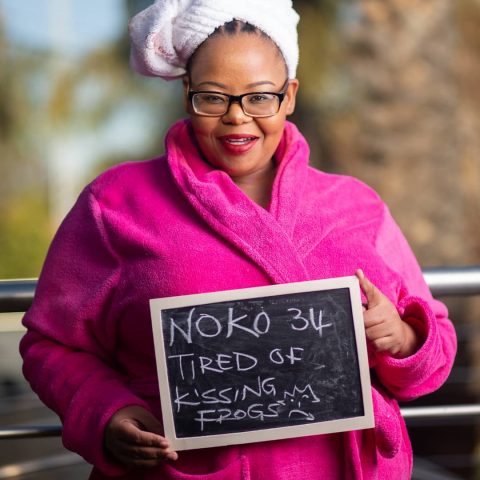 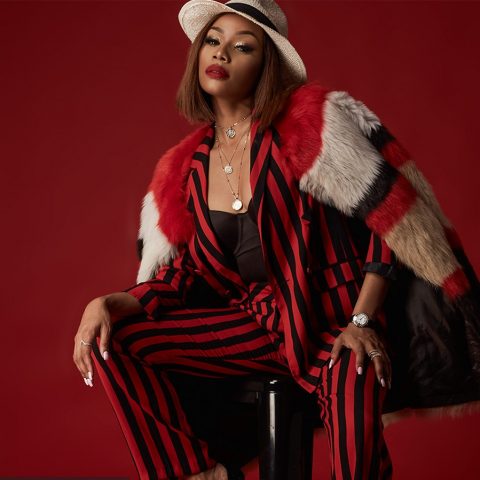 Bonang Matheba Launches New Website And We Loving It 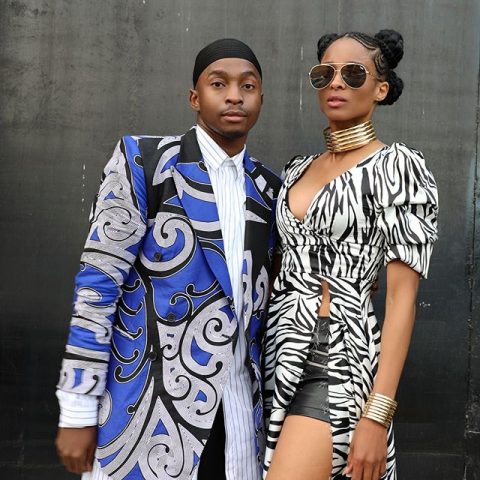